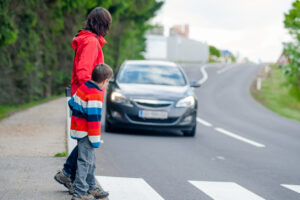 Every day, more than 136 million Americans commute on roads across the nation. Millions more share the road on bicycles and on foot.

Unfortunately, not everyone makes it home safely.

Why are US Roads so Dangerous?

Studies suggest that there are a few key issues at the root of the problem.

Americans have the right to have access to safe roads. Driving, riding a bike, or walking shouldn’t be a gamble. Our goals are to create awareness, foster creative initiatives, encourage programs that make our roads safe.

Everyone has a part to play, including government agencies, private organizations, technology companies, and everyone who shares the road. Together, we can increase road safety and save lives.

Rise in Car Accidents Across the Nation

Tens of thousands of Americans are killed in car accidents every year. Millions more suffer severe and debilitating injuries. Many of these accidents are avoidable. Unfortunately, accidents are becoming more and more common.

According to preliminary projections, it’s likely that the total deaths from motor vehicle crashes in 2021 exceeded 38,000.

Traffic Accidents By Major US Cities

At Safe Roads USA, we are bringing you traffic safety data from every major city in the United States. Our goal is to cover all major cities in 2022. 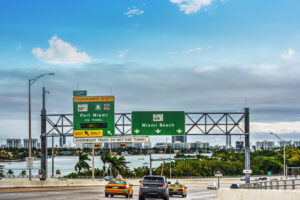 Miami, FL tops our list. Miami is a world-class tourist destination with all the recreation one could want, from beaches and boating to sports and nightlife. The area also has a massive population, with over 6,000,000 residents in the Miami metro region.

Large numbers of residents and tourists may be good for the economy. But they can be bad for roads, interstates, and highways. Traffic accidents are a frequent occurrence on Miami’s congested roads. Moreover, many of the roads in Miami-Dade county are in poor condition. The American Society of Civil Engineers recently gave Miami-Dade a “C” due to its crumbling infrastructure. 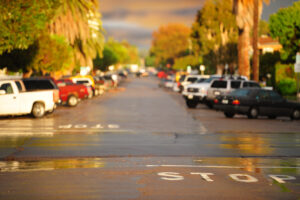 Our latest road safety report provides insight into the many causes for the increase in crashes, including poor road conditions and an increase in distracted driving.

Our comprehensive report also discusses the steps the city of San Diego is taking to improve road safety including:

Traffic fatalities are on the rise in LA County, with at least a 21% increase in 2021 over the prior year.  More than 35,000 people were killed or injured in traffic accidents in LA County every year. Find out more about the current road safety challenges and what is being done to improve the roads in our latest Los Angeles Road Safety Report.

We include insight into the latest road safety projects, car accident information, and what you can do to help.

There were more than 8,000 motor vehicle crashes across NYC in 2021. We are currently updating our New York 2021 Road Safety Report. It will include the latest information on accidents, hazardous roads, and what NYC is doing about it. Get more information about New York car accidents when our guide comes out.

Check out our recently launched Philadelphia road safety report. Did you know that Philadelphia has the worst rate of traffic-related deaths per capita of any other major US city? Find out more in our report and what Philadelphia is doing to improve conditions.

US Traffic Accident Statistics and Facts

American infrastructure gets a “C-” average. That should be frightening for anyone who ever leaves their home. Infrastructure includes, but is not limited to, roads, bridges, tunnels, railways, and public transportation.

Roads, inland waterways, levees, and transit systems got no higher than a “D+.” Bridges scored only slightly higher with a “C.” That essentially means that the physical systems designed to support and help us travel around our neighborhoods and country are failing.

According to the American Society of Civil Engineers (ASCE):

Funding is critical if we want our roads and infrastructure to be safer. Unfortunately, American roads are chronically underfunded. The ASCE estimates that we need to allocate $2,834 Billion to repair and maintain our roads. However, we currently have a funding backlog of more than $435 Billion. Taking into account current funding levels, the ASCE estimates a funding gap of $1,215 Billion through 2029. Without funding, local, state, and federal agencies cannot identify and correct safety issues.

Safe Roads USA is dedicated to advancing initiatives that allocate funds to infrastructure repair. This begins at a grassroots level. We must get involved in government, contact our represented officials, and make it clear that funding our crumbling infrastructure should be a top priority.

Even if American roads were in pristine condition and maintained properly, accidents would still be a problem. Why? American roads are unsafe, in part, because drivers are engaging in incredibly dangerous behaviors behind the wheel.

Every day, 1,000 people are injured and another 9 are killed in distracted driving accidents across the country. Why? Years ago, drivers had few things to distract them behind the wheel. Today, almost everyone has a cell phone.

Rather than paying attention to the road, drivers are texting, checking social media, sending emails, and talking on the phone. We’re constantly connected to the outside world, even when we should be focused on other tasks.

Studies have shown that using a cell phone behind the wheel is one of the most dangerous things a driver can do. In fact, texting and driving is more dangerous than drunk driving. Taking your eyes off the road for even a few seconds significantly increases the likelihood of getting into a crash.

How Can We Make Our Roads Safe?

There’s no doubt about it: our roads are dangerous. Tens of thousands of Americans lose their lives in car accidents every year.

Families are forced to grieve unbearable losses. Millions more are forced to deal with unintended and avoidable injuries. The problem is only getting worse.

How can we reduce car accidents, protect bicyclists and pedestrians, and make traveling near and far safe?

1. Get Involved. Our civic duties do not end once we leave the voting booth. We have to let our elected officials know how we feel about the issues that affect our everyday lives, including travel and road safety. Demand changes to traffic safety laws. Request traffic safety studies. Elect officials who are committed to reducing traffic accidents and fatalities.

2. Studies. Most of our roads were designed decades ago. The way we travel and use our infrastructure system has evolved. More people are biking and walking. Congestion has surged. Our current system isn’t capable of supporting the way we travel. The only way we can know how to change our roads is by studying why, when, and where accidents happen. Study results can be used to inform new, safer designs.

3. Funding. Our roads are falling apart. We need to invest money to fix them. Money must be allocated to fund studies, designs, and maintenance. Craft ballot initiatives. Urge local and state lawmakers to support pro-infrastructure legislation. Change will only happen - and our roads will only get safer - if we demand it.

4. Driver Accountability. Roads aren’t just unsafe because of poor conditions. Roads are also unsafe because drivers aren’t taking their responsibilities behind the wheel seriously. Many accidents are avoidable. However, this requires increased driver accountability. All drivers must appreciate the inherent danger of navigating a large, heavy vehicle at high speeds. We must understand and obey traffic laws. We must not be aggressive nor impatient.

We must dedicate our full attention to the traffic and conditions around us. Safety ultimately begins with those who share the road. 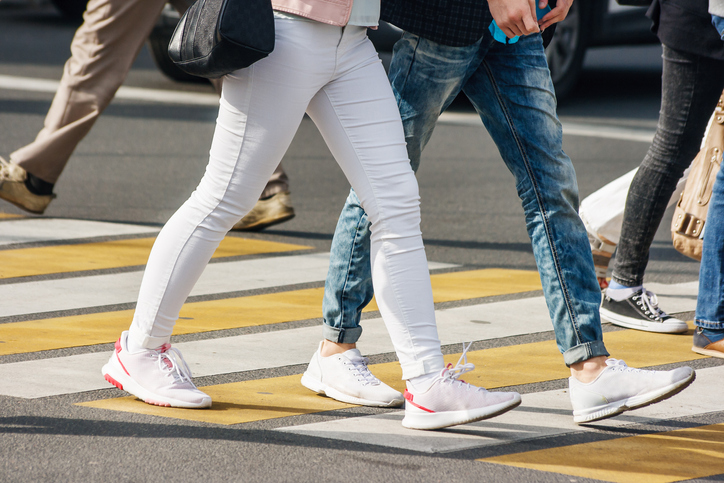 Florida is the second-most dangerous state for pedestrians. Only California had more pedestrian deaths from 2016 to 2020. Even when you consider the statistics by population, Florida has the second-highest rate of pedestrian deaths per 100,000 residents after New Mexico. A major contributor to Florida’s ranking is the Tampa – St. Petersburg – Clearwater metropolitan area. This area covering Hillsborough and Pinellas Counties contributed to […] 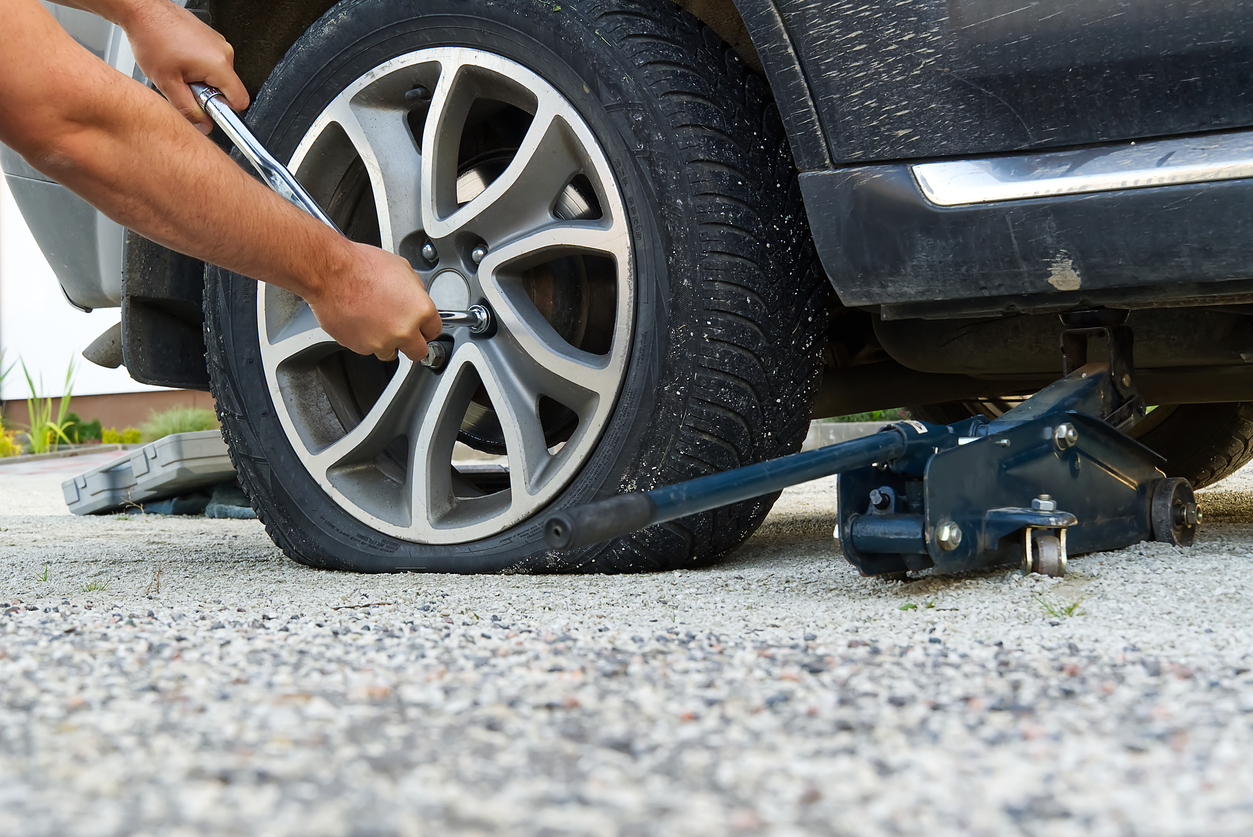 The Dangers of Driving With Worn Tires

It’s often stated that the things that separate you from the ground – like your shoes and your mattress – are worth spending extra money on. Car tires certainly fall under this category as well. Perhaps one reason for this old adage is that skimping out on these products has especially severe drawbacks. Regardless of where you’re located in the country, you stand a greater […] 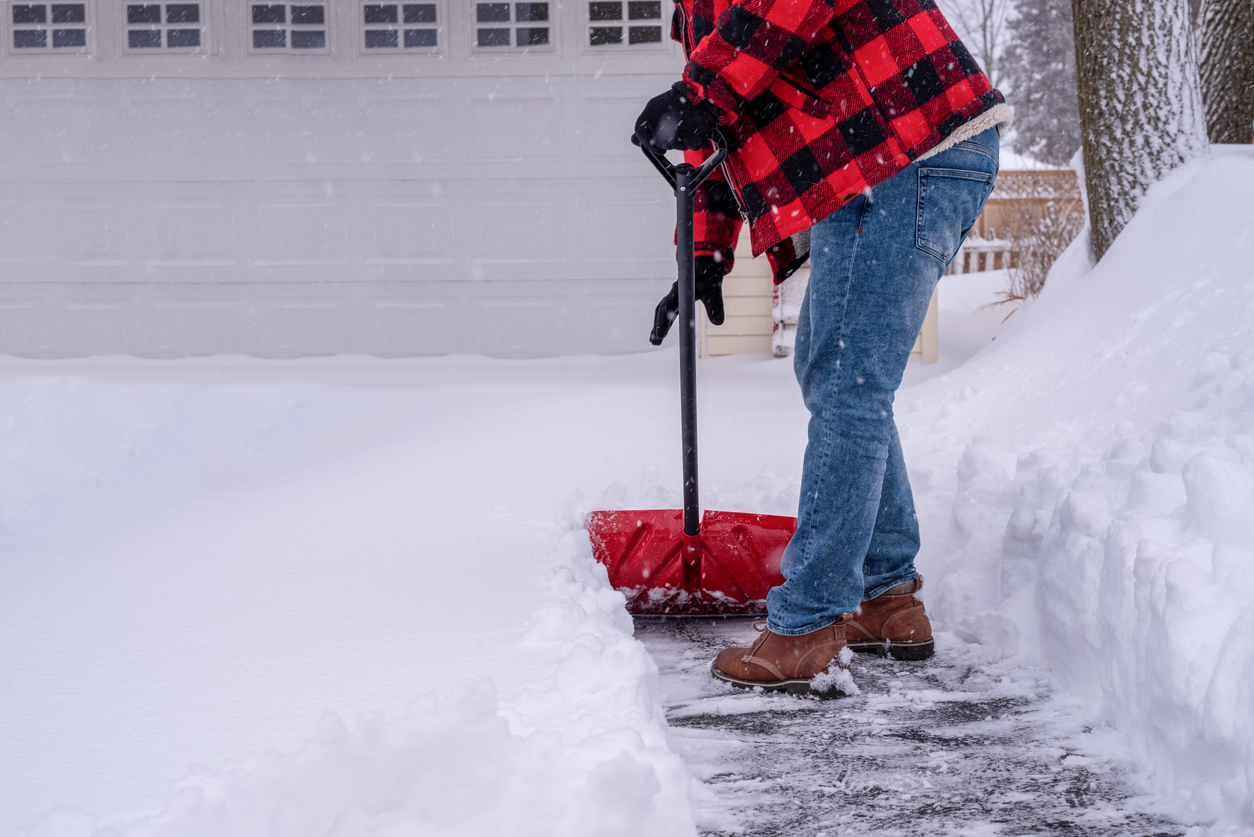 Winter is upon us, and snow has already begun to fall in many parts of the U.S. Many people rely on plows to clear the snow from the roads and their driveways so they can drive to work and other destinations. Plowing the snow from your driveway can make for easier entries to and exits from your driveway. It can also help prevent slip and […]