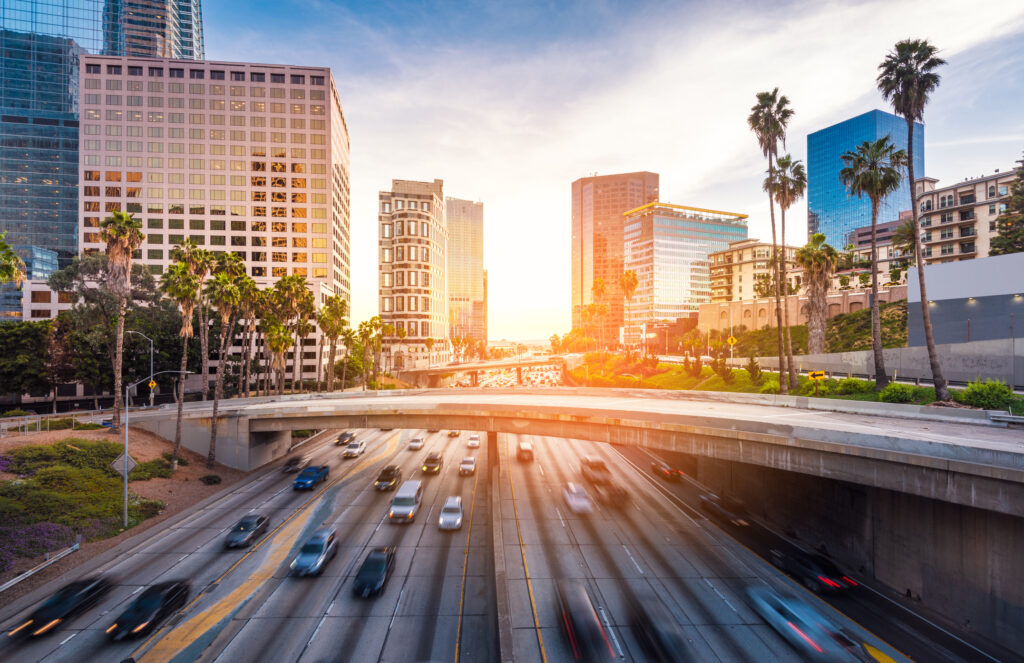 Los Angeles is one of the most heavily populated cities in the United States. Between residents, commuters, and tourists, drivers log more than 45 million miles on Los Angeles roads and highways every day. It may not be surprising to learn that traffic accidents are incredibly common in the city.

In fact, Los Angeles has been named the “deadliest city for traffic deaths” in the country. Statistics show that Los Angeles car accidents claim a life every 40 hours.

Why do car accidents in Los Angeles happen so frequently? There are two primary reasons: infrastructure and driver negligence.

First, the city’s roads are not in great shape. Broken and damaged infrastructure contribute to a significant percentage of traffic accidents every year. Second, drivers are engaging in dangerous and negligent behaviors behind the wheel.

Los Angeles roads can only become safe if both of these issues are addressed. State and local government agencies and drivers share responsibility for making LA roads safer. Safe Roads USA is committed to doing our part to making roads safer throughout the United Sates.

Fatal Accidents on the Rise in Los Angeles

In 2021, there was a 21% increase in fatalities from traffic accidents in Los Angeles. A total of 289 people lost their lives in crashes in L.A. that year.

Pedestrians are more at risk than ever. In 2021, 486 pedestrians suffered serious injuries after being hit by a car—a 35% increase over the prior year. Another 128 pedestrians were killed.

The most dangerous intersections in L.A. in 2021 were:

Factors leading to more deaths include speeding, reckless driving, along with design features of automobiles that make them more dangerous. Modern vehicles are heavier and have more distracting features, such as on-board navigation, Bluetooth capabilities, and blind-spot warning systems.

The American Society of Civil Engineers (ASCE) regularly analyzes and evaluates roads, bridges, and infrastructure systems across the country. The organization publishes the results of its studies every four years. In the latest report, California received a grade of “D” for the conditions and status of its roads and highways.

The ASCE found that:

According to the ASCE, roads aren’t the only problem. Bridges across the state – including corridors on Highway 101 in Los Angeles – are in need of “major repair and rehabilitation.” In fact, no state has more bridges in “poor” condition than California.

In its most recent report, California ranked 45th out of 50 states (a drop since the last report). It received particularly low marks for road quality and commute time, two factors that contribute to a significant number of car accidents across the state.

The report indicated that about half of all roads in California, including many in the congested Los Angeles region, were in “poor condition.” Poor conditions include potholes, missing signs, dangerous designs, uneven surfaces, and inadequate lighting.

With roads in poor condition, it’s more important than ever for drivers to use care and caution behind the wheel. Unfortunately, many of the city’s accidents are caused by negligent and aggressive driving behaviors.

Aggressive Driving: The fact that Los Angeles suffers from “crippling traffic congestion” often contributes to dangerous driving behaviors. Drivers become impatient and resort to behaviors that put themselves and others in harm’s way. This includes speeding, tailgating, making dangerous or illegal turns, and changing lanes rapidly without signaling.

Drunk Driving: Alcohol-related accidents in Los Angeles were on the rise in 2021. By mid-year, DUI crashes had risen by 20% over the prior year.

Nighttime Driving: Drivers are more likely to be fatigued or under the influence when operating a motor vehicle at night. Statistics show that nighttime accidents make up 10% of all traffic deaths.

Distracted Driving: Thanks to advances in technology, drivers are becoming more and more distracted behind the wheel. It’s not uncommon to see a driver focused on their smartphone rather than the traffic around them.

Texting, checking social media, or talking on the phone prevents drivers from seeing traffic signals, identifying bicyclists and pedestrians, and maintaining their lane of traffic. The rise in accidents across Los Angeles can be attributed, in large part, to distracted driving practices.

City lawmakers have realized that its roads and highways are becoming increasingly dangerous for commuters, bicyclists, and pedestrians. In recent years, the city has embraced many changes that are intended to combat poor road conditions and dangerous driving habits.

Vision Zero: Los Angeles plans to eliminate traffic deaths by 2025. How? The Vision Zero Initiative. With Vision Zero, the city plans to:

Adopting New Traffic Safety Laws: Investing in better infrastructure won’t be enough, on its own, to make Los Angeles roads safe. Drivers must also be held accountable. The city is considering:

New laws would focus on enhancing the penalties for distracted driving, speeding, and other traffic violations.

Collect and Utilize Data: Los Angeles roads can’t become safer until the city understands why its roads are so dangerous. City officials have expressed an interest in allocating funds to study traffic accidents and driving behaviors. The results of these studies can be used to improve road design and legislation.