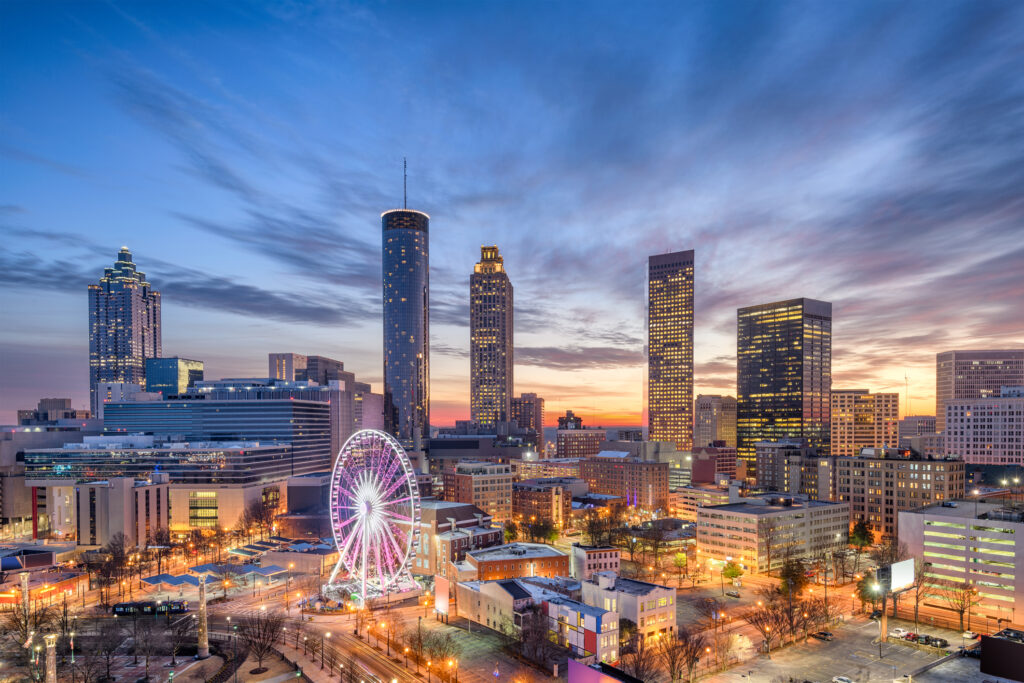 Luckily, in 2018, an additional study was conducted by the same researchers. Atlanta was kicked out of the worst in the world’s top ten by Boston. However, it still rated as one of the most congested and dangerous cities in America.

The 2016 study only looked at congestion and the average amount of time a commuter spent in a car. The 2018 study expanded on what researchers looked at. That study also examined the total number of workable hours that were lost during peak traffic hours where the congestion was at its highest. It was that statistic that knocked Atlanta out of the not-so-honorable worst in the world’s top ten rankings.

Fatal Crashes on the Rise Atlanta

Where there’s congestion, car accidents usually follow. That’s certainly true in Atlanta. In 2006, fatal crashes in Atlanta began to decline. By 2014, the city saw the lowest number of fatalities ever reports. However, things changed the following year. In 2015, there was a dramatic surge in road accident deaths. Unfortunately, things only got worse in 2016.

The fact that America’s deadliest interstate is in Georgia and runs right through Atlanta is probably a huge reason for this.

Motorists in Atlanta Make Their Own Rules

One humorous blog article highlights the unofficial driving rules of Atlanta. The majority of the rules discussed are not legal or safe. Examples include:

While unofficial, these “rules” do illustrate the local mindset of drivers in the city

The Georgia Governor’s Office of Highway Safety 2017 Annual Report highlighted what safety initiatives had been met or not met. Out of 11 performance measures discussed, none were marked as “progress met.” Rather, all were marked either “unknown,” “probably not met,” or “not met.”

To combat the rising deaths and the abysmal report in 2017, the Georgia Governor’s Office instituted a Highway Safety Plan in 2018. While the state makes yearly traffic and safety plans, the 2018 version added that it would also include innovative countermeasures to combat increasing traffic fatalities. It also aimed to focus on large cities like Atlanta because they are hotspots for traffic accidents and fatalities.

While 2014 reported the lowest amount of fatalities recorded in the state, by 2016 that rate had increased by 18% in Atlanta. The number of accidents and fatalities also increased in the city when alcohol impairment was added as a factor. This means that traffic accidents and deaths in Atlanta are increasing, especially if one or more of the drivers are intoxicated.

The roads in Atlanta are also increasingly dangerous for pedestrians and bicyclists. In 2019, protesters took to the streets to demand that the government address this growing issue. The Atlanta Mayor responded by developing new city ordinances aimed to protect bikers and scooter users.

But what about car accidents and traffic safety initiatives?  The city recently created a new Department of Transportation that is specifically designed to tackle traffic issues and mobility planning. The new department combines three old agencies and streamlines processes to minimize red-tape. This will hopefully allow the city to make traffic measure changes quickly when needed.

In 2019, the city of Atlanta pledged to spend $5 million dollars over a two year period with the purpose of making the streets safer for drivers, pedestrians, and bikers. While protected bike lanes are the main project of the funding, other measures for safe driving will be taken. These include redoing city infrastructure, making intersections safer, and raising the budget for law enforcement to monitor roads that tend to have the highest fatalities.