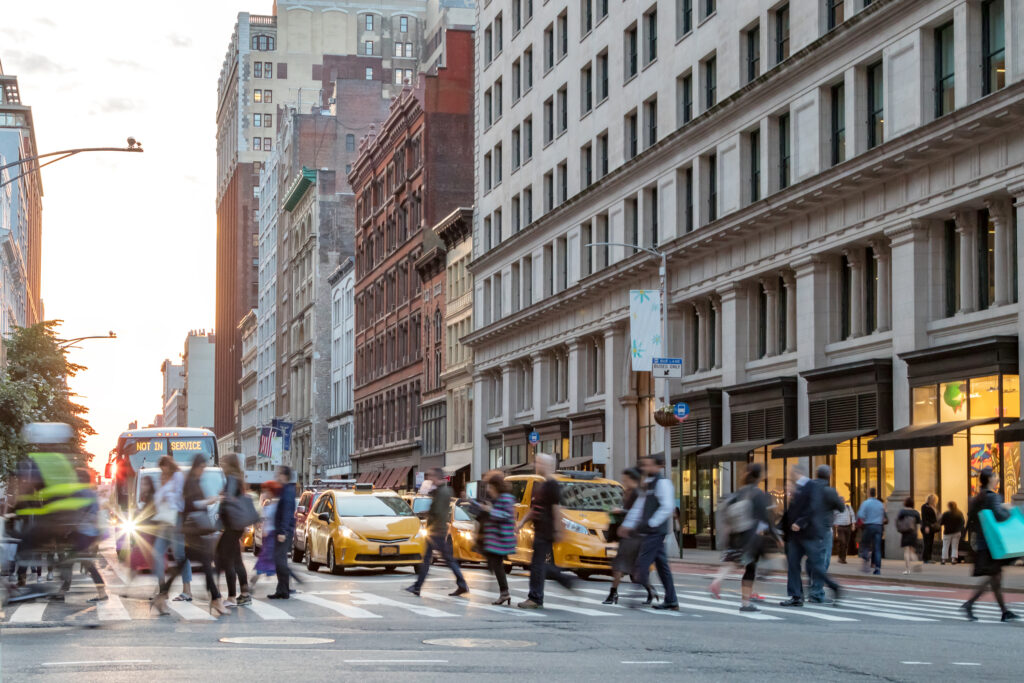 New York City is one of the busiest and most congested areas in the country. So, it’s not surprising to learn that traffic accidents happen quite frequently in the Big Apple. Traffic accidents in the NYC – particularly fatal crashes involving pedestrians – has become a big issue for local and state lawmakers. In fact, there are plans in motion to eliminate accidents that cause severe injury or death in the near future.

By the numbers, car accidents are one of the leading causes of death in the state of New York. Statistically, in New York City, an automobile seriously injures or kills a citizen every two hours. These are concerning numbers and state officials are working hard to address this issue and reduce the number of accidents.

Now, the City of New York Police Department tracks the number of collisions that take place in the city each month. According to the latest report issued in December of 2019, there were 16,931 accidents. Of these collisions, there were injuries to:

Of these accidents, 23 resulted in death. But, it’s important to recognize that pedestrians accounted for 20 of these fatalities. The other three deaths were spread evenly across the remaining classifications, with only 1 reported fatality each for cyclists, passengers, and motorists.

Causes of Accidents in New York

Keep in mind that the vast majority of collisions in New York City in 2019 were caused by distracted driving. This involves a driver taking his or her eyes off the road, for any number of reasons. Common examples include personal grooming, using a navigation system, or eating.

The other top causes of accidents in the City involved:

Keep in mind that, compared to other cities, speeding is not as much of a factor in these accidents. Also, it is interesting to note that while cell phone use, including texting, is certainly a form of distracted driving, it only accounted for 4 of the accidents in December 2019.

Most Dangerous Intersections in the City

As you might imagine, when it comes to cyclists and pedestrians, accidents are more likely to occur in intersections. This is because traffic flows in multiple directions and these areas can become highly congested. With that in mind, there are a few intersections in the City that are more dangerous and lead to a higher number of injuries and fatalities:

In order to reduce the likelihood of you being involved in a car accident, it can be helpful to avoid these locations, particularly during high traffic times, like rush hour.

In an effort to cut down on traffic fatalities and injuries, the City launched a program in 2014 called “Vision Zero.” The initiative involves three main components: engineering, enforcement, and education.

The three-pronged approach has produced some important projects, including a speed camera program. This program takes photos of vehicles exceeding the posted speed limit and the driver receives a ticket in the mail. The project has reduced speeding by over 60% in locations near schools.

There is also a “Day of Awareness” campaign. This educates drivers on the increased risk to pedestrians and cyclists that occurs during nighttime hours in the fall and winter months. The increased hazard is due to the commute times requiring walking and riding bicycles when the sun has gone down.

Other notable projects include:

In the years since the initiative was put into effect, the programs have shown significant progress. Specifically, traffic deaths have decreased by one third, with pedestrian deaths down 37%.