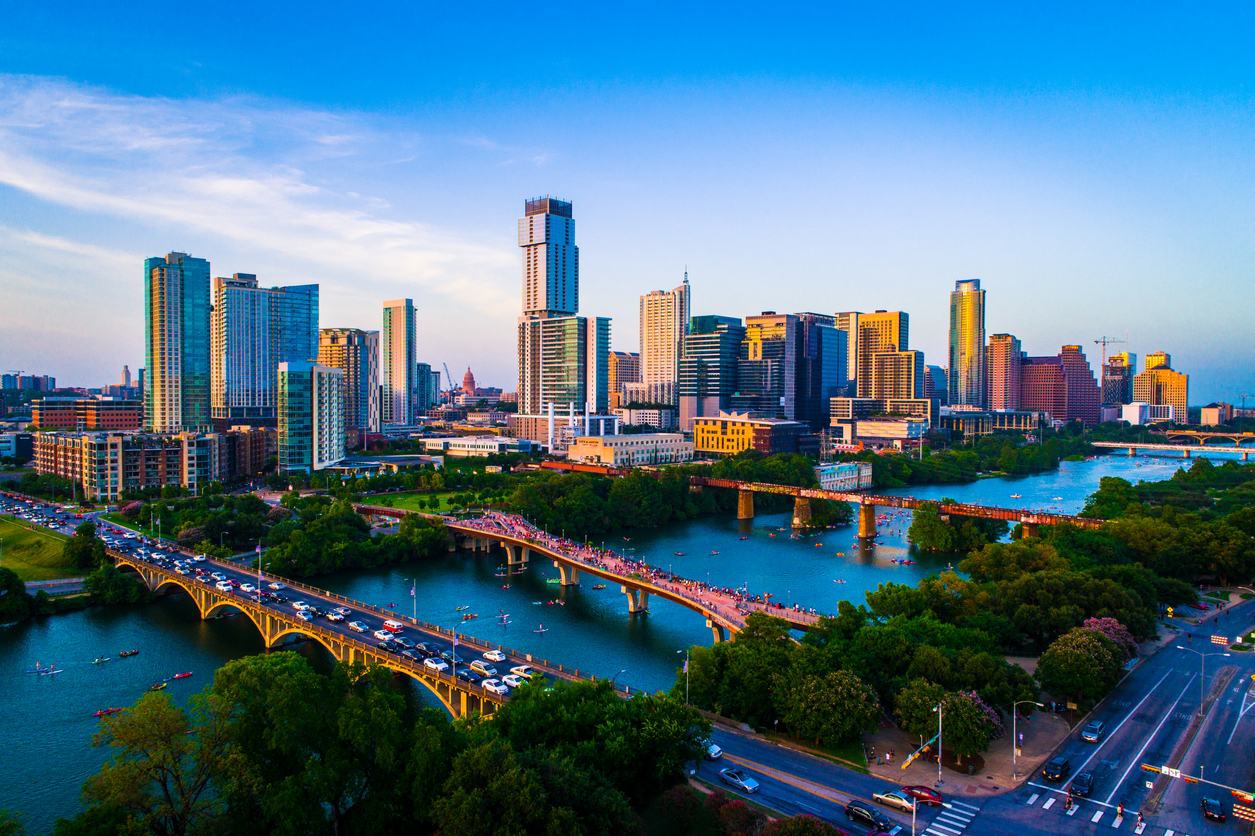 Texas provides detailed car accident statistics. The statistics summarized in this overview come from the Texas Department of Transportation (TXDOT) in 2021. They use crash reports to tell you where, when, and how accidents happen in Austin. Based on this information, you can develop a full picture of Austin’s road safety.

Here’s an overview of road safety in Austin and how you can navigate the capital city’s roads and highways safety.

According to 2021 Texas traffic accident statistics, the entire state had 425,074 traffic accidents. In 2021, Austin had 12,433 car accidents. Of these accidents, 47.3% only caused property damage. The city also had 261 motorcycle crashes and 352 truck accidents involving commercial motor vehicles.

Austin has almost 966,000 residents, which accounts for 3.4% of the total Texas population. However, Austin only has 2.9% of Texas’s traffic accidents. This low percentage means that Austin is significantly safer than the rest of the state.

In fact, Austin has about 1,900 fewer car accidents than it should have based on its share of the state’s population.

Car crashes in Austin caused 113 deaths in 2021 according to TXDOT. Even though Austin only had 2.9% of Texas’s car accidents, it had 4.7% of the state’s road fatalities. This means car accidents in Austin were far deadlier than the average car accident in Texas.

When you suffer a minor injury, you have a visible injury but you can drive yourself to see a doctor. Minor injuries include bruises and minor lacerations.

Possible injuries occur when the accident victim complains of pain or other symptoms but has no visible injuries. These complaints usually signify soft tissue injuries, minor fractures, minor brain injuries, or mental trauma.

Motorcycle accidents in Austin caused 13 deaths and 212 injuries in 2021 according to TXDOT. Of the 212 injured motorcyclists, 210 were motorcycle operators, and two were passengers.

Causes of Car Accidents in Austin

Surprisingly, cell phone use was blamed for only 79 of those distracted driving crashes. Other distractions included:

The second-most common cause of accidents in Austin was intoxicated driving. In 2021, Austin had 1,185 accidents caused by drivers who were under the influence of alcohol or drugs according to TXDOT. These DUI accidents caused 28 fatalities and 112 injuries.

Austin’s Most Dangerous Roads and Highways

Austin’s traffic accidents tend to cluster on a few roads, highways, and intersections. Some of the most dangerous include:

TX-71 has accidents all along its length as it passes through Austin. In 2021, TXDOT reported that this highway had eight fatal accidents.

Austin has similar problems to many other states. Drivers cause traffic accidents because of distractions, intoxication, and excessive speed. To reduce your chances of getting into a car accident in Austin, slow down, drive sober, and minimize distractions.