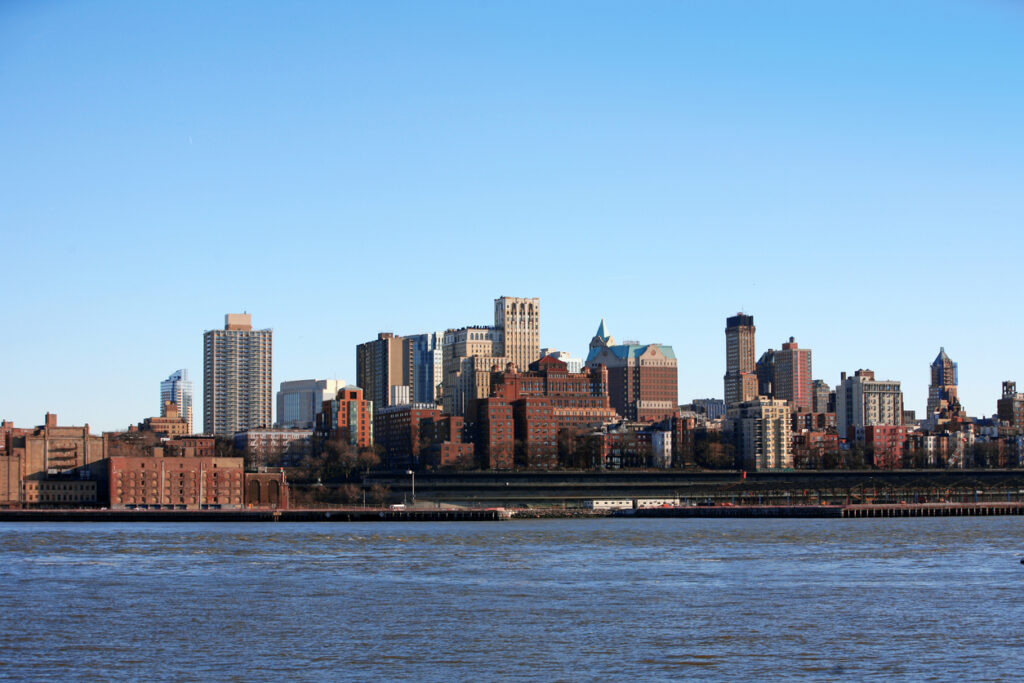 The Bronx is the second-least populated borough in New York City. Even in fourth place, the Bronx still has 2.72 million residents. If the Bronx were a state, it would have a larger population than 15 other states.

Unfortunately, the large population translates into a high number of traffic accidents. Car accidents, pedestrian accidents, and bicycle accidents happen regularly. But the city has made huge strides in improving road safety in the Bronx through its Vision Zero initiatives.

Here is an overview of road safety in the Bronx and what the city has done to improve safety for all road users.

The Bronx had 13,382 traffic accidents in 2021. These accidents injured over 5,452 people, including 1,134 pedestrians and 413 bicyclists. The worst injury accident in the Bronx happened on July 29, 2021, when two SUVs collided with a bus. The accident injured 14 people.

Traffic accidents in the Bronx killed 23 people in 2021: this number included five pedestrians and three cyclists. The worst car accident happened on December 16, 2021, when a single-car accident killed two people.

The Bronx also saw 208 ambulance accidents. This number includes 12 accidents where two ambulances collided and one accident where an ambulance crashed into a fire truck.

Causes of Traffic Accidents in the Bronx

Based on the accident reports prepared by the NYPD when investigating traffic accidents, the most common cause of accidents in the Bronx is distracted driving. These reports show that 2,660 traffic accidents resulted from cell phone use, driver inattention, or driver distraction.

Passing violations made up the next most common cause of traffic accidents in the Bronx. In 2021, 1,010 accidents were blamed on improper passing, passing too closely, or an unsafe lane change.

That same year, 679 accidents resulted from a failure to yield the right of way. This category also includes turning across or into oncoming traffic without leaving sufficient space and proceeding out of turn at a stop sign.

Nearly 590 accidents were caused by a vehicle traveling at an unsafe speed. These accidents usually happen when a driver is going too fast for the road conditions. Taking a curve too quickly or driving too fast on wet or icy roads can cause you to lose control of your vehicle.

Tailgating caused 403 accidents in the Bronx in 2021. Running a red light led to 374 accidents. Significantly, only 233 accidents resulted from intoxication from drugs or alcohol.

And of the 1,547 accidents that injured pedestrians or bicyclists, the bicyclist or pedestrian was blamed in only 154 accidents. In other words, driver error was responsible for over 90% of pedestrian and bicycle accidents in the Bronx in 2021.

Most Dangerous Roads and Intersections in the Bronx

Many of the traffic accidents in the Bronx center on just a few roads, highways, and intersections, including:

The most dangerous highway in the Bronx is the Cross Bronx Expressway. This interstate freeway sees heavy traffic traveling at highway speeds. In 2021, it saw hundreds of crashes.

The most dangerous stretch of the Cross Bronx Expressway was near the Macombs Road overpass. This area saw 13 crashes, resulting in 24 injured motorists and one death.

Another hotspot for traffic accidents in the Bronx is the Bruckner Expressway. Again, speed plus traffic congestion add up to produce car accidents. Near East 141st Street, the expressway had seven accidents. These crashes injured thirteen accident victims and killed one.

The Bronx River Parkway provides a major route for motorists and trucks through the heart of the Bronx. The on-ramp from the Cross Bronx Expressway is one of the most dangerous stretches of highway in the Bronx. In 2021, 13 car accidents happened here. These accidents resulted in 24 injuries and one fatality.

This road saw accidents along its entire length in 2021. The most dangerous stretch of road was near the Bronx River Parkway. This stretch of Gun Hill Road had 16 traffic accidents. No one was killed in 2021, but these accidents injured 15 motorists, two pedestrians, and two bicyclists.

The Future of Road Safety in the Bronx

New York City adopted the Vision Zero philosophy in 2014. Since that time, the city has used all of its available resources to make the city safer for all types of road users. Some of the initiatives under Vision Zero include:

New York was one of the first cities to adopt speed cameras. In 2020, the city began a program to expand the number of speed cameras in the city and increase the hours they operate.

The city has built protected bikeways and bike lanes throughout the borough. In the Bronx, the most notable bikeways include the Harlem River Putnam Greenway, the Bronx River Greenway, and the Hutchinson River Greenway. Major roads like Grand Concourse and Park Avenue have conventional bike lanes for cyclists.

The Bronx has made good progress in improving road safety for all road users. Just eight years ago, the Bronx averaged over 11,000 injuries and 45 deaths every year from traffic accidents. Since 2014, the city has slashed those numbers in half.

This means that travelers and locals alike can travel roads in the Bronx more safely.