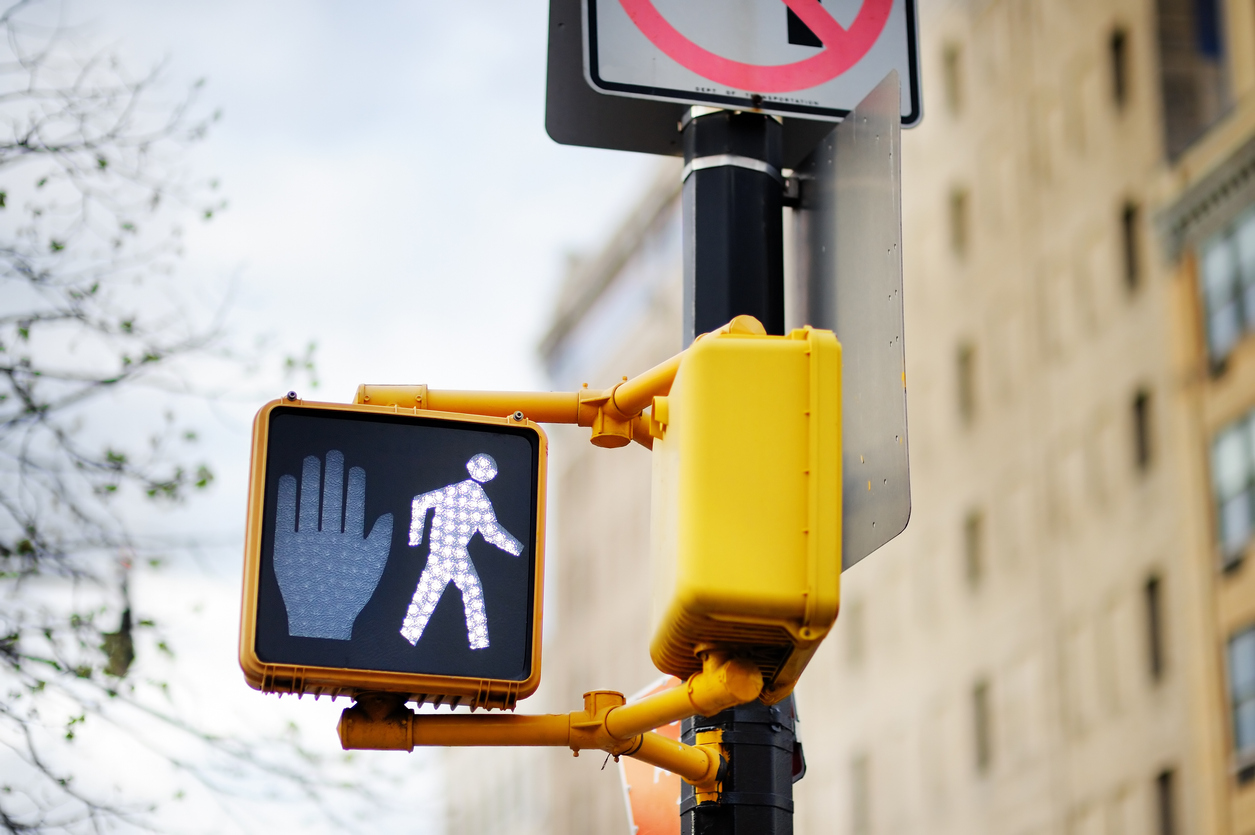 Despite the drastic reduction in cars on the road in 2020, traffic fatalities increased nationwide. This is true not just for vehicle occupants, but pedestrians, too.

Walking can be a great way to exercise and get around town. Make sure you do it safely by following the law and being aware of your surroundings.

In Georgia, pedestrian deaths were up 4% in 2020 compared to 2019. This is consistent with the shocking rise in nationwide pedestrian fatalities over the last decade.

According to the Governor’s Highway Safety Association, pedestrian deaths in the U.S. increased 46% between 2010 and 2019. During that same timeframe, all other traffic deaths increased by 5%.

Preliminary data from the Governor’s Highway Safety Association indicate that 273 pedestrians were killed in Georgia in 2020. That’s up 14% from the 239 deaths in 2019.

In Georgia in 2019, there were 3,170 crashes involving pedestrians. That’s more than 8 every day. Of those, 60% of all pedestrian crashes occurred in and around Atlanta.

We tend to think that pedestrians always have the right of way. Generally, people walking are obviously at a huge disadvantage when competing for space with an automobile. It makes sense that cars should always keep an eye out for pedestrians.

But in Georgia, as in most states, pedestrians still need to follow laws designed to keep everyone safe.

If there’s a “walk” signal, you must follow it. Only walk when the sign allows. If you’re crossing while the signal changes to “don’t walk,” get across the street as quickly as you are able to safely do so.

If there’s a crosswalk, use it. Drivers must stop and remain stopped until you safely exit the crosswalk.

Don’t cross the street between intersections that have signals and are marked with a crosswalk. Make the trek to the corner and wait for the light.

Don’t cross diagonally unless the pedestrian signal specifically permits it.

If there is no crosswalk, you must yield to traffic. Watch for cars and safely cross when it’s clear you have time to cross in front of oncoming traffic. Be predictable. Don’t step in front of traffic quickly or where cars can’t see you and expect them to stop.

Under Georgia law, it’s a misdemeanor to walk along the road if you’re under the influence of alcohol or drugs to the degree that could cause you to be a danger to motorists.

You can’t stand along the road asking for anything from vehicle occupants (including a ride) passing by. Exceptions may apply if you have a special permit for charitable fundraisers.

If there’s a sidewalk, you must use it unless there aren’t cars within 1,000 feet of you or it’s otherwise dangerous to use the sidewalk.

If walking on a two-lane road, you must walk on the left side of the road facing traffic.

This isn’t a law, but it’s a good idea. Wear bright clothes. If you’re walking at night, carry a light. Most pedestrians accidents occur at night.

What Causes Most Pedestrian Accidents?

Some of the major causes of pedestrian accidents in Georgia are:

If you’re injured as a pedestrian, you might be surprised to know that you could potentially be held partially liable. Just like in a car accident, there are often multiple causes of a crash.

If you stepped off a curb quickly in front of a car and then got hit, particularly when there was a crosswalk nearby that you didn’t use, don’t count on holding the driver of the car responsible in a personal injury lawsuit. Under Georgia law, if you’re partially responsible, that could reduce or even completely bar your right to recover compensation for your injuries.