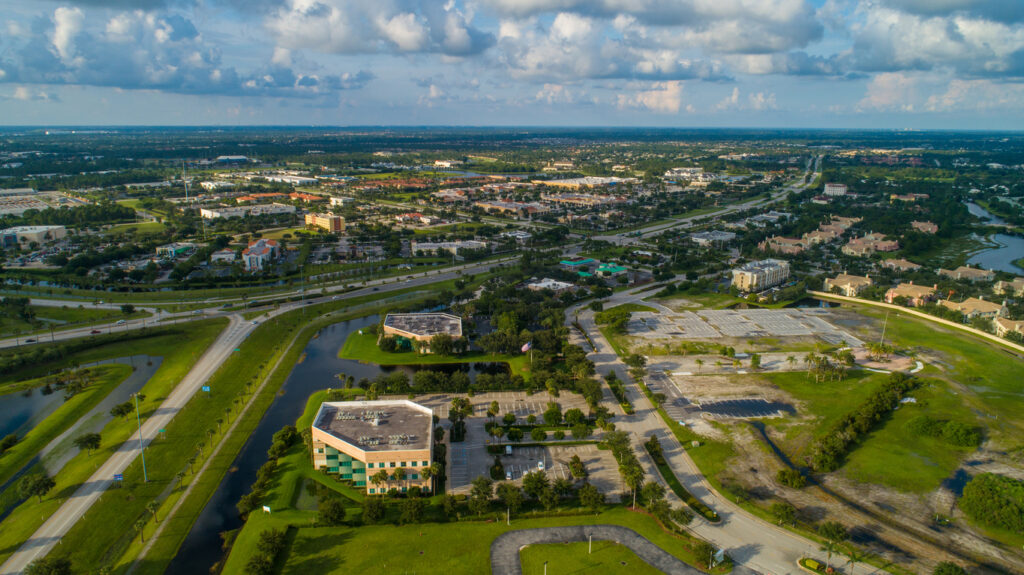 As the largest city in St. Lucie County, Port St. Lucie has about 200,000 residents. And yet it has a fairly strong record for road safety.

For its share of Florida’s population, it has fewer traffic injuries and deaths than it should. It has very few roads or intersections with multiple accidents. And the city has committed to implementing traffic calming measures to keep the city safe for all road users.

An overview of road safety in Port St. Lucie gives a clear picture of what to expect when driving in this Florida city.

According to the Florida Department of Highway Safety and Motor Vehicles (FLHSMV) traffic crash report for 2020, St. Lucie County had 5,104 crashes. These car accidents caused 49 deaths and 2,657 injuries.

Across the state of Florida in 2020, only 21.8% of people killed or seriously injured were vulnerable road users. In other words, pedestrians and bicyclists in Port St. Lucie are over 53% more likely to get seriously injured or killed in a traffic accident compared to people elsewhere in Florida.

But in the rest of the state, only 0.8% of accident injuries and 1.0% of accident deaths were caused by drivers under the influence of drugs or alcohol.

These accidents can have a variety of causes. But in both Port St. Lucie and Florida as a whole, a failure to yield the right of way is the second-most common traffic citation after an accident, according to the 2020 report. These citations happen exclusively at merges and intersections and probably explain many of these accidents.

Signal Four Analytics notes that 28% of Port St. Lucie car crashes happen due to lane departures. Lane departures happen when a driver drifts out of a travel lane, intentionally or unintentionally, without signaling a lane change.

Drifting out of lanes can happen due to inattention, carelessness, or driver incapacity. Over 28% of Port St. Lucie injury accidents involved aging drivers in 2020.

Aging drivers are more likely to:

The FL-716/Port St. Lucie Boulevard and US-1 intersection is probably the most dangerous in the city. It brings together two major roads with relatively high speeds. This intersection saw multiple injuries and fatalities in 2020, according to Signal Four Analytics.

Drive sober and watch for erratic behavior from other drivers. Port St. Lucie has a high number of intoxicated driving accidents.

And always wear a seat belt. According to the CDC, seat belts reduce the risk of death for front seat occupants by 45%.