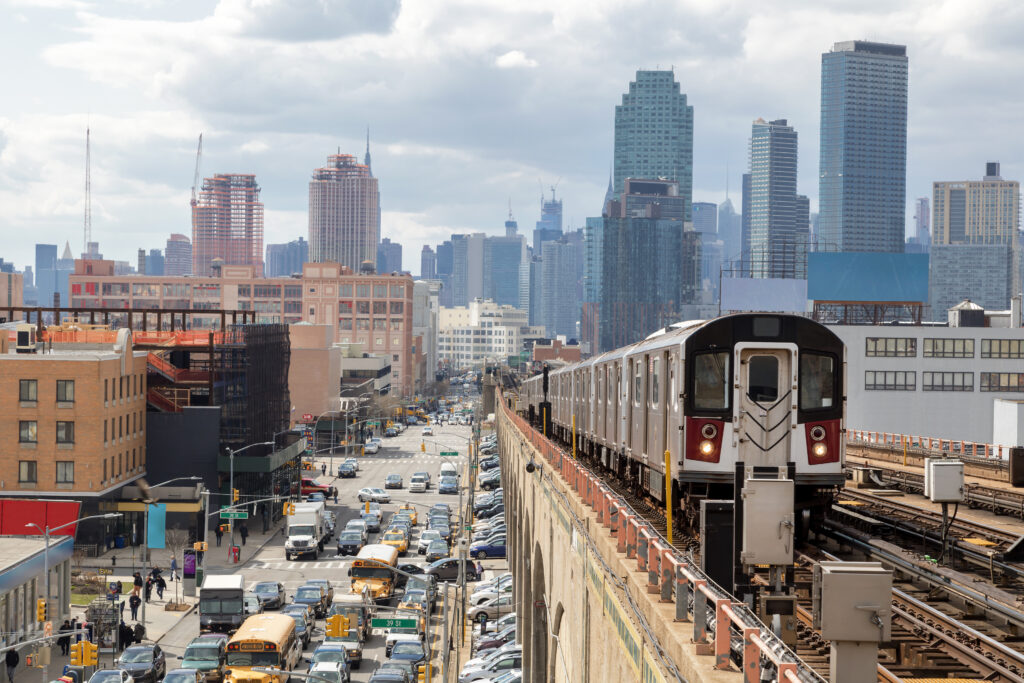 Queens, NY is the second most populous borough in New York City. With nearly 2.3 million residents, car crashes in Queens happen quite frequently.

Continue reading for an overview of road safety in this borough and the steps New York City has taken to reduce traffic accidents.

How Many Traffic Accidents Occur in Queens, NY?

In 2021, the NYPD investigated 19,542 traffic accidents in Queens. This total includes 1,286 pedestrian accidents and 703 bicycle accidents.

Commercial vehicles were also safer than personal vehicles. Queens only had about 900 accidents that involved a delivery truck or semi-truck.

How Many Traffic Deaths Occur in Queens?

Perhaps because 2021 was anomalous due to the pandemic, Queens had only 33 traffic fatalities last year. In a normal year, Queens averages about 90 traffic deaths. So 2021 had an unusually low number of traffic deaths.

How Many Traffic Injuries Occur in Queens?

Queens had 6,449 traffic accidents in 2021 that injured at least one person. In total, these accidents injured 8,443 people. This number includes 31 people injured in four separate bus accidents.

What Are the Most Dangerous Roads and Intersections in Queens?

Traffic accidents in Queens tend to cluster around a few roads and intersections, including:

This major traffic artery connects to I-295 and I-678. It runs east-west across all of Long Island, although it changes names several times as it does so.

In Queens, it skirts Citi Field and Downtown Flushing. It also provides access to LaGuardia Airport via the Grand Central Parkway.

The section of Northern Boulevard running through Queens saw 284 traffic accidents in 2021.

The most dangerous intersections on Northern Boulevard in 2021 include:

Queens Boulevard runs diagonally across Queens from Jamaica Avenue to the Ed Koch Queensboro Bridge. It provides access to I-678, I-495, and I-278.

This stretch of road accounted for 223 traffic accidents in 2021.

The intersections on Queens Boulevard with the most traffic accidents in 2021 include:

Accidents on Queens Boulevard in 2021 injured 129 people and killed one.

The most dangerous intersections on North Conduit Avenue include:

The intersection with Cohancy Street was particularly dangerous. The 22 accidents at that intersection resulted in 21 injuries.

New York adopted Vision Zero in 2014. This national program encourages cities to use every tool at their disposal to focus on traffic safety. Under Vision Zero, each member city sets a goal for reducing traffic deaths and injuries. The program then provides cities with ideas for reaching their goals.

New York has successfully reduced its traffic deaths by one-third over the seven years since Vision Zero was adopted.

Some of the ways it has accomplished this task include:

Some projects that have specifically targeted roads and intersections in Queens include:

An innovative way to reduce accidents is through traffic calming. This concept uses various tools like reducing the number of lanes, shortening traffic light cycles, and lengthening pedestrian crossing signals to force drivers to slow down.

Traffic calming was used on Rockaway Boulevard in Queens to eliminate all traffic fatalities over just three years.

What Is the Future of Road Safety in Queens, NY?

Queens has seen improvements in road safety that most cities in the U.S. have not matched. This has happened through a concerted effort to design better streets and push drivers to comply with traffic laws.

While traffic accidents will always happen, reducing them as much as possible makes places like Queens much more friendly to all road users.