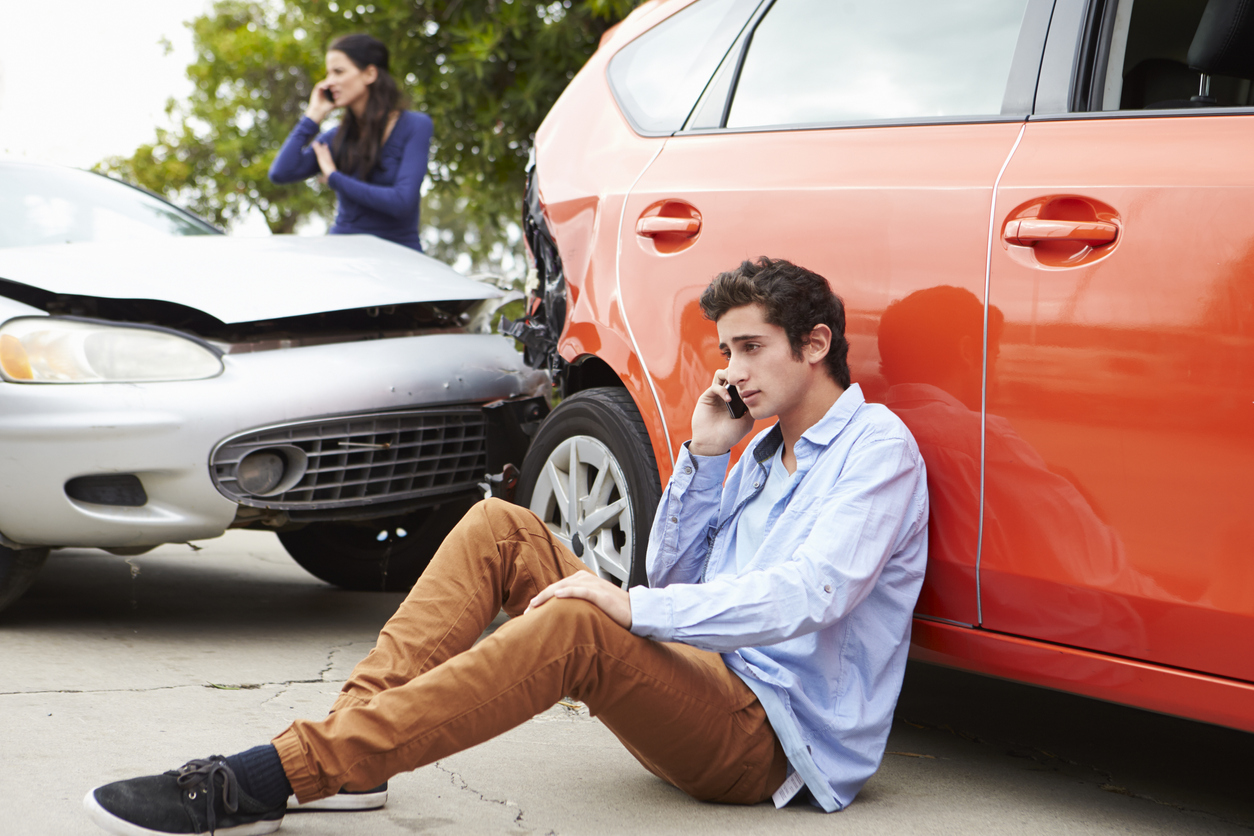 Many factors contribute to the high car accident rates for teen drivers. Motor vehicle accidents are the second-leading cause of teenager deaths. They are also among the top five causes of emergency room visits for teens.

Although these statistics may alarm you, they can jumpstart a discussion with your teen about safe driving habits.

Many car accidents involving teens arise from avoidable causes. Simple steps like slowing down and putting cell phones away can prevent many of these accidents.

Here are some of the teen car accident statistics you need to know to discuss defensive driving with your teen.

What’s the Likelihood of a Teen Car Accident?

According to the NHTSA, teen drivers are three times more likely to get into a car accident than older drivers.

This accident rate extends to:

The only accidents that are less likely to involve teens are those involving road rage or medical factors.

The highest crash rates occur among the youngest drivers. They are most common in the first month after teens receive a driver’s license. In fact, a driver’s highest chances of a car accident are during the first six months after obtaining their license. Most fatal accidents happen during this time also.

Both age and experience play a role in these crashes. For example, New Jersey does not license drivers until age 17. The state has a lower teen crash rate than other states.

The teen crash rate also drops the longer a teen has a driver’s license. Research shows teen drivers tend to overestimate their driving abilities and underestimate the risks of driving until they gain more experience.

Teen drivers are more likely to engage in risky behaviors that can lead to car accidents.

For example, teens have a higher rate of accidents stemming from alcohol and drug use. According to the Center for Disease Control (CDC), 5.4% of teens admit to drinking and driving, while 16.7% of teens admit to riding with an impaired driver. Roughly 24% of fatal car crashes involving teenagers are caused by alcohol or drugs.

Teens also have a higher rate of accidents caused by distracted driving and cell phone use. In one survey, 39% of teens admitted to texting or emailing while driving.

Teen drivers are more likely to speed and tailgate, as well. Teenage boys speed with a frequency more than double that of older drivers. They may leave less space between their vehicle and the vehicle ahead of them. They even tend to cut off other drivers more often.

The Severity of Teen Car Accidents

Teen car accidents often result in fatalities and serious injuries. Only 80% of teens wear a seatbelt regularly. About half of teens who die in car crashes are not wearing a seatbelt.

The severity of teen car accidents extends beyond fatalities. In 2018, car crashes were the third most common reason for an emergency room visit for driving-aged teens and young adults. Over 250,000 teens receive treatment in emergency rooms for crash-related injuries every year. This results in nearly $5 billion in medical expenses and lost income.

The NHTSA has identified areas in which parents can help their teens to improve their driving and reduce their risk of accidents.

According to the NHTSA’s statistics, graduated licensing has reduced the teen crash rate from 20% to 50%, depending on the state. But parents must reinforce the limitations imposed by learner’s permits and intermediate licenses to help their teens benefit from these training systems.

Supervising your teen while driving can improve their driving skill. Many teens learn their driving habits by watching their parents. But parents often inadvertently pass on bad habits, like speeding and distracted driving.

Supervised driving allows you to reflect on your bad driving habits and correct your teen’s driving behaviors.

In other states, like Alaska, New Hampshire, Washington, and Rhode Island, teens can drive until 1 a.m. Parents should help their teens understand the nighttime restrictions for their licenses.

Similarly, every state except North Dakota, Iowa, Mississippi, and Florida restricts the number of passengers a teen driver may have while on a learner’s permit. When another teen is present in the car, seatbelt use decreases—moreover, speeding, tailgating, and distracted driving increase.

By limiting or prohibiting passengers, parents can stop these risky behaviors from becoming habits.

Teenagers who have access to alcohol at home and teens who have parents that tolerate or encourage underage drinking are four times more likely to drink and drive.

Parents can reduce the risks for teen drinking and driving by limiting their alcohol consumption. They can also talk to their teens about the dangers of drunk driving.

The Future of Teen Driving

For example, studies have found that systems that monitor a teen’s driving and report speeding violations to their parents can be a powerful deterrent for risky behavior.

Over time, tools like this will help teens and their parents reduce the risk of teen car accidents.